Has everyone witnessed in their own game, or as a streamer, how after a big loss the casino sooner or later refunds most, or even more, of the amount of the loss itself?
Over the years of gaming, we have seen the same pattern in all casinos without exception. Lest you have any doubts, let’s take a look at the history of the streamers.

How Roshtein’s game is played

Probably everyone knows how Roshtein loses a few hundred thousand dollars in one stream. The bottom line is that after losing at least $100.000, the slot goes back at least $20.000-$30.000, and can “spit” as much as $70.000-$150.000. If not in the same stream, so in the next. But here that fell fabulous win without a loss, it happens one in 100 times, and even rarer. But after the big gulfs necessarily goes some kind of return. If a person loses hundreds of thousands of dollars in a slot, it does not mean that other players will get big winnings from the same slot or service provider. It is possible to some extent, but not millions or even hundreds of thousands of dollars. There is no doubt that some statistics is kept for each player and payoffs of winnings are connected. Only a blind man would not see it.

Only in some cases, slots work differently. For example, streamer LetsGiveItASpin did not manage to win as much as Roshtein. The reason – he did not lose as much money. After all, deposits and bets LetsGiveItASpin many times smaller.

From observation over 10 years of playing, there is no doubt about how things work. Until the casino or service provider “gets used” to the player and understands whether he has money, what his average bet is, it is unlikely to win big.
The picture is as follows – the dependence of winnings is added up on all providers and slots at the same time. Having lost several times in the slots of one provider, in the future you can sharply switch on the payoff of an entirely different producer. At the same time, if there were no previous losses, this winnings would not happen.

By the way, after a big win the lull also comes not at once. Kickback does not stop even a few gambling sessions, but do not count on a large deposit. If you win $8,000, the maximum that you can hope for afterwards is $1,000. In most cases this will be the case.

This of course does not mean that you can only win after losing a large sum of money, no! But the fact that a new casino for the first few deposits will not give you a big winnings is a fact. You need to play gradually, preferably by small deposits several times a week. Then the chances of a successful game will increase many times over, rather than after a few losses to block or forget about the casino and go to the next one. In general, blocking in a casino is not a good decision. The player thereby “buries” his lost money. Even in the casino is not lucky at all, you need to go once in a while.

How do you think the casino works online? Tell us about it in the comments. Many players would be useful to know your opinion 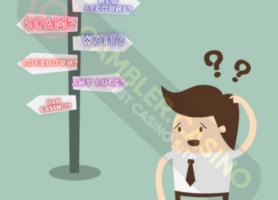 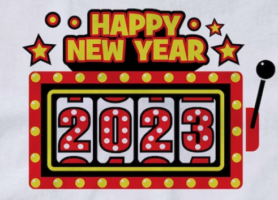 One Reply to “How online casinos really work”